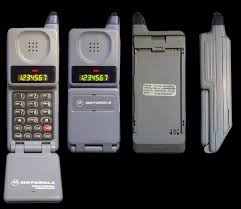 A recent poll released by the people at Pew Research shows that 62% of those who responded classify the Republican Party as “out of touch.” That’s not exactly welcome news to a party that’s trying desperately to shrug of the much-deserved reputation of being full of old, bitter and out of touch conservatives who are just upset that America’s demographics are changing, and with it, Americans’ opinions on the issues of the day. Another 52% of respondents called the Republicans in Washington “too extreme.”

While no one who’s been paying attention to the idiocy that’s been free flowing from GOP Land for the last 20 years or more would be surprised by those conclusions, it’s definitely news that the majority of Americans feel that way. What will happen as more and more Americans come to the realization that one party really is only making things worse? I don’t know. It depends on how lazy we’re feeling at the moment, I’d suppose.

To put things into perspective, I’ve compiled a list of 5 Things That Are Less OUt of Touch And Extreme Than The Republicans, and here they are now.

First, I get to check-off one of the “10 Things You Have to Do In Any Political Argument Ever” by bringing up Hitler. Secondly, if the right-wing gets to invoke Hitler (incorrectly) every thirty seconds when discussing gun control, I get to bring up a bullshit comparison between the Republicans and the guy who ruined that mustache (and genocide) forever.

No one has probably put their hands on one of these clam shell beauts in at least fifteen or twenty years, which makes it at least a decade fresher than the GOP’s economic policies, and about twelve decades fresher than their social policies. In fact, if you were looking for an accurate analogy between the Republican Party’s ideologies and a technological advance, you’d probably want to go with something like “the wheel” or “fire.”

#3. High-Diving From The Top Of the Empire State Building Naked Into a Kiddie Pool Full of Nair

When it comes to extreme, nothing is more extreme than plummeting to your death from the top of one of New York’s landmark buildings as you try to land in a kiddie pool filled to the brim with hair-removing lotion. Then again, Republicans draft bills that could make miscarriages technically murders, and that would force rape victims to carry their attackers’ babies to full term against their will. But that’s not extreme! That’s just standing up for what American used to be according to Republicans. It’s not that Republicans are extreme, it’s that Americans don’t want to be insensitive assholes anymore, and whose fault is that, really?

#2. Being An Un-Ironic Fan of Jason Mraz

I just personally don’t like Jason Mraz’s style, in every sense of the word. So fuck him. Next.

#1. Nothing Is Actually Less Out of Touch Or Extreme Than The Republican Party

The reality of the situation is quite simple. The Republican Party hitched its wagon to Rush Limbaugh, conservative talk radio, and Fox News. They funneled and whittled their core message and audience down so tight, that their ideology became specifically targeted to a set of values that frankly just don’t match up to modern society any more. Of course they seem old and out of touch as they posit Trickle-Down Economics as viable Fiscal Policy. Of course they seem out of touch being stalwartly opposed to marriage equality when the rest of the country has simply embraced reality; that homosexuals are no less deserving than the full rights of humanity as anyone else. Of course they seem marginalized and crazy as they talk about the “illegal immigration invasion” that’s supposedly sending millions of uneducated and illiterate people over our borders for the express purpose of sucking America’s riches dry utilizing our social safety net (forget that as undocumented people they actually can’t access any of those things, facts don’t matter to Republicans anymore).

The Republicans seem out of touch and extreme, because that’s what they are. Only extremists think rape pregnancies are “gifts from God.” Only extremists think it’s okay to give the wealthiest upper-crust of society carte blanche to do whatever-the-fuck they want to do while the rest of us are made to pay higher and higher property and sales taxes to offset the cost of letting rich people do everything they can to shirk their responsibility. Maybe 2012 made the reality of the situation more apparent, but up to now, it sure as hell hasn’t made them any less extreme or out of touch.

Ask Chuck Hagel if the Republicans got the lesson of 2012. Ask Susan Rice, or perhaps Hillary Clinton. Maybe you can ask the myriad Republican women in Congress who weren’t given a chairman’s spot on one of the House committees. Ask John Boehner if he really thinks that stubbornly sticking to “no more revenue” is the smart thing for the party to do, even though the math simply does not add up without it. The Republican Party is in desperate need of change; but if the first two months of 2013 are any indication, they’ve got a long way to go indeed.