5 Things Other Than Sequester That Congressional Republicans Would Rather Avoid 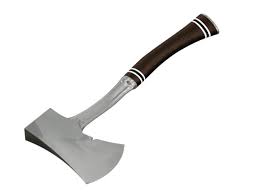 Oh, Congressional Republicans. You silly bastards, you. You’ve wanted these sequestration cuts all along, and were thrilled that they were a part of the Fiscal Cliff deal way back in 2011. You licked your lips in anticipation every day since then to now. And now that they’re about to happen and the public will pin the blame squarely on you, now you’re acting as if you want be reasonable. But as we all know, there’s very little that excites you all more than slashing government spending, whether it’s a dime or a trillion dollars’ worth.

Just how badly to Republicans want these sequestration cuts? Here are five things they’d much rather avoid instead of averting the across the board and uneven cuts entailed in sequestration.

Republicans in Congress are so eager to see government spending get cut, that they’d even be willing to forego the one thing they’ve been praying to Baby Jesus for over the last four years. It’s a safe bet that as soon as March 1st, 2013 roll around and there isn’t another last minute stalling measure employed, Republican penises all over the country will engorge into full turgidity. Nothing gets their hormones raging faster than watching little kids lose their  after-school programs, which are precisely the kinds of discretionary spending cuts that the sequester will force all over the country. With all the blood flowing to their penises, they won’t be able to concentrate on anything else…not even finally getting rid of Maobama the Usurper.

I will never, ever pass up a chance to insert a reference to 1980s pop culture. So enjoy this Domino’s commercial, which has far more ability to govern and legislate effectively than any Congressional Republican could hope.

You know, for the talk of how anti-business that Barack Obama is, it’s sort of hysterical that Republicans would be so willing to allow sequestration to happen given that flight delays due to lack of  TSA screeners and air traffic controllers would most deeply impact the thousands of people who fly in this country every day for business purposes. Sure, maybe the average American isn’t hopping on a jet constantly to jet-set around the world. But you know who is? Countless people working in the private sector, going to meetings and conferences, all in the name of commerce and our economy. How many fewer meetings will be held? How much of a company’s business is impacted by groundings of flights? It seems to me that it’s far more anti-business to allow idiotic self-inflicted budget crises to potentially take a bit out of business travel. But who needs logic and consistency of principle when discussing our nation’s economy, yeah?

The reason these cuts are so stupid is that they impact the exact wrong people. Yes, a big chunk of the cuts go to the Department of Defense, which is most assuredly in need of a budgetary slicing and dicing. But there are also billions in discretionary income being cut. Those cuts will impact things like educational subsidies and programs for domestic abuse. Perhaps it’s no big deal to an Ayn Rand sycophant if little Bobby in Ohio can’t participate in his school’s tutoring program, but society will pay a huge price in a few years when Bobby’s too mathematically illiterate to work at McDonald’s and winds up firmly in the social safety net. Though if there’s a silver lining for Republicans, it’s that the more mathematically challenged people there are, the more potential Republican voters there are. It’s hard to convince people that cutting revenue when you need to make up a budget deficit is a good thing if they understand that when you add one to one you get two, and not “Trickled Down Awesomeness.”

This is the only real reason on this list. We all know it. The bottom line is that the idea of “working” in this case means actually coming to the table to negotiate with the president. The right-wing and even the media who is only interested in headlines and not accuracy, are hammering away at the president for being too willing to scaremonger instead of work with Congress. And yet, the president has proposed actual entitlement reforms twice in the last three months, and both times Republicans have walked away from negotiations. It’s all about stalling to the Republicans. Ironically, while they accuse the president of only wanting to score political points and victories, it’s their number one political objective, the failure of President Barack Obama, that’s front and center now.

That desire to tank President Obama’s presidency also happens to have the consequence of hurting working class people means nothing to them now, it never has, and it never, ever will.